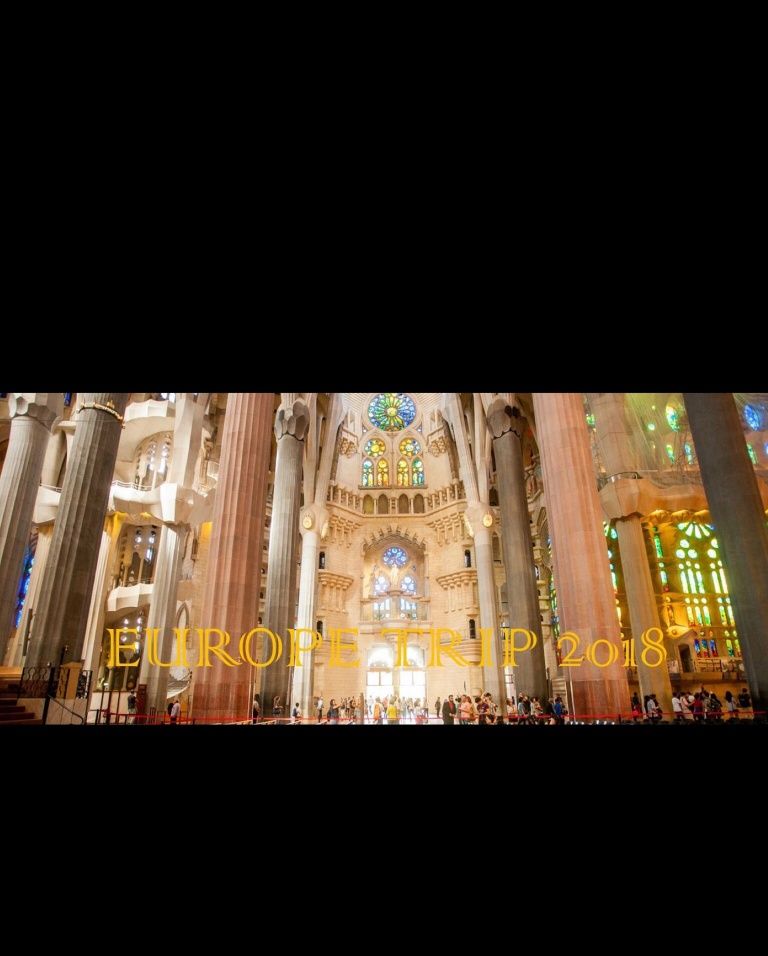 Today we started our adventure! \240It began in amazing fashion as my beautiful wife Steph found out she got a new job! \240She was nervous she wouldn’t find out til later in the day but we found out before we even left for the airport.

Now, with that out of the way we can leave behind the stresses of home and focus on enjoying our trip and our time together.

And when flying overseas this luxury can’t be understated. No extra charge just good timing on selecting our seats...

We did our best to pack light...

This ⬆️ is all the luggage we brought for the 4 weeks. About 25 lbs per person. \240Have a few apartments we will be staying at we know we can do laundry in.

I guess I’ll call this day 2 but the first two days ran together because of the flights and trains. The flight from New York to Frankfurt was less than 7 hours which was surprising. Up

Next was the trains which was an easy transfer over, it was just a tunnel between tb train station and airport and then we just bought all our tickets for Germany then to save us some Euro.

We had three trains to get from Frankfurt to Roth o d t but it was easy to do.

Got to see some of the countryside which was nice but the quiet roll of the train started to put us to sleep after traveling for close to 20 hrs straight.

Finally made it to town and decided to save some money and just hoof it to the hotel which we had a lovely apartment in. Then a quick nap to recoup and off for some quick sites and dinner before crashing again.

Pork knuckle with sauerkraut and what I can only describe as a gelatinous potatoe. And a cold Dunkel to wash it down. All of it was delicious

The scenery at dinner wasn’t too shabby either. Ate in the town square where they start their Night Watchmen tour which we will do tomorrow. Good night for now

We started the day off with breakfast at our hotel, Gerber Haus. \240It was a nice assortment of meats, cheeses, and veggies. Then we walked the wall.

Best views of the town were here.

It is a very picturesque town saved from the war and frozen in time for almost 200 years starting in the 1600s. We stopped for lunch after half way around.

After all the walking we went back to the room for a nap and for steph to catch up on all the emails she gotten since gaining her new position. And finally it was out for a small dinner and wine tasting after the meat and dancehall was a bust(because it no longer exists), as well as the Master builders house which has the same facade but is a restaurant now. Capping the night off was the Night Watchmans Tour which was our favorite thing of the day.

The yellow house was the inspiriation for Pinocchio.

After we went back and packed up we walked back to the train station after getting a pretzel to go and started our journey to Munich..

2 hours and three train rides later we arrived in Munich and had a short walk thru the dirtiest part of the city. It was a little sketchy feeling at first but once we made it out of the touristy areas it was beautiful.

In the English Gardens

We walked wayyy too much(10 miles) but got to see the university area which was cool. And we of course had to make some stops at some beer gardens

Finally getting back to the hostel we crashed and decided on taking a bike tour the next day to save our feet. Best. Decision. Ever.

Woke up early to eat and catch the bike tour. It was a lot of fun and lead by an Ex-Pat who lived in Kenya and St Louis I believed. It was around five hours and so worth the 40 euro.

We enjoyed the history lessons and gorgeous weather. Also we stopped in this gorgeous church and just happened to catch a choir practice.

We had to stop for lunch during the trip and where else but a Biergarten where we shared a Grostl which is basically all the leftover meat from yesterday chopped up with sautéed potatoes and onions. Delicious.

After the tour was over we climbed to the top of Alter Peter to get some great shots of the city (check Facebook later). After that we had just enough time to go to one last Biergarten, Augustine - Kelly. It was my favorite by far for several reasons. Really good beer, great atmosphere, and they give half their profits to charity.

We woke up early to catch our 8 am flight. Neither of us slept well in our room which was right above the bus station we needed to get to the airport. We got there early and I go to experience my first flight on Ryan Air. It’s definitely a no frills airline and I would book thru then again.