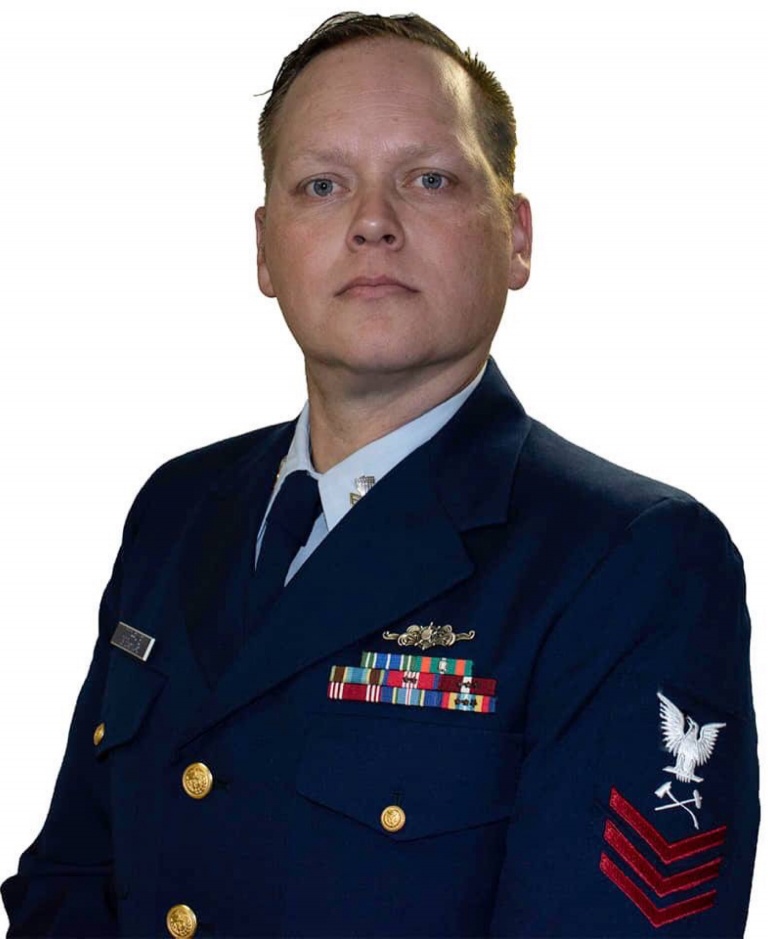 This week, we are headed to DC to honor my husband. If you asked him why, he would say, “for doing my job.” His Command wrote a 3 page letter honoring his extraordinary work on The CGC Kimball for an award from Geico, who selects ONE person from each branch of the military. To say that I am proud of him, doesn’t even begin to say how very much I am beaming right now.

So we begin a week long trip, kid free (thank you, Holly!), all courtesy of Geico. Our itinerary includes White House and Pentagon tours; dinner at the Chophouse; a lunch cruise on the Potamac and on our anniversary, we have the day completely free! All glory to God for orchestrating this amazing trip with my handsome and brilliant husband!

Dinner before our flight. ✈️

@#MONTEINLV So glad you had this opportunity

This is in the foyer of the formal entrance.

Beautiful rug. And the floor is like a ship-with planks.

We can see Georgetown University, across the Potamac, from our hotel room.

Had lunch outside at a cute little place. In Georgetown. Then went to Georgetown Cupcakes. It was the middle of a workday and the line was out the door.

Took our coffee and cupcakes to the park on the Potamac.

Pretty flowered tree. Unfortunately, we missed all the pink blossoms of spring.

Walking back over the Key Bridge-after Francis Scott Key. See the Washington Monumrnt between us?

Got back to the room to find some Geico swag.

How funny he gave us Hawaiian chocolates. 🌺

Tonight we had dinner, courtesy of Geico on the 14th floor of the Key Bridge Marriott with a magnificent view of the Washington, Lincoln & Jefferson Memorials.

@#MONTEINLV So proud of you

What an incredibly blessed day!

Geico has arranged to bus us around DC to shuttle us to all these amazing experiences.

First, we headed to the White House. I haven’t been here since the summer of 4th grade and John has never been here! I’m pretty sure we were able to see the Oval Office and other parts of the White House when I was a child. But today, after pre-registering with an ID, we needed to go through 3 more screenings to enter only the east wing!

He was a Coast Guardsman!

Waiting line for security and Washington Memorial in the background.

This China set was my favorite.

This painting was saved by Dolly Madison during the fire of 1814.

This painting of President Lincoln over the mantle was entered into a contest and didn’t win but later was bought and donated to the White House.

President Reagan was in office the last time I was here.

I thought this marble sculpture of President Washington was beautiful.

The seal of the POTUS over our heads.

Waiting for our ride...took a pic of White House in the background.

Next, we went to the National Cathedral.

L’enfant actually had set aside property for all people to gather, but it wasn’t built until much later.

The cathedral was built in a 14th century gothic style. There are many tapestries, carvings and glass creations that could tell stories, because most people couldn’t read.

The seals of every state were in the entry hall of human rights. They had face carvings of Mother Theresa and Rosa Parks.

1977 President Carter and Elizabeth II were here for this unveiling.

Our docent said it was representing God calling light to existence.

The dark circle is supposed to be the moon. And the piece inside of it is an actual piece of the moon! The only piece that is not in a museum.

The only President buried here is Woodrow Wilson.

This window is in one of the 9 chapels within the cathedral. And this is the War Memorial Chapel. It is dedicated to all who sacrificed their lives for others.

This cross was made from pieces of the pentagon after 9/11.

The chapel next to it had knee cushions with different people’s names stitched in them.

Here is one of those stories-beware a sheep in wolf’s clothing.

Not sure what the pelican in the next row was about.

This painting has actual gold in it!!!! It depicts Jesus’ sacrifice of His life for our sins.

And on the opposite side of the gold painting, is Jesus’ resurrection.

Helen Keller, along with about 350 other people are buried here.

Overlooking DC from the observatory. Can you find the Washington Monument & other Memorials?

Dinner was in the vault of the Chophouse.

I was too busy eating amazing food and chatting away and forgot to take pix.

Waiting for the elevator.

Mahalo, Geico for arranging all the tours and the beyond generous dinner! #geicomilitary

We left the hotel at 8am and headed to Iwo Jima.

I am grateful that my dad, a Marine, still has his life. It was amazing to see the photo converted into this massive memorial.

I’m not grumpy-I just thought it inappropriate to have a gapping grin at something I just wanted to remember being at.

Next, we stopped at the Air Force Memorial.

The design was meant to reflect the Thunderbird’s signature “bomb burst” contrails.

There were several walls with quotes from various people of the Air Force.

Then we went to the 9/11 Pentagon Memorial.

The layout of the benches-where each bench represents someone who died-were lined up according to their age. If the bench points to the sky, they were on the plane that crashed. If it points to the Pentagon, they were inside the building when it crashed.

This was a teacher that believed in taking kids out of DC to learn about other areas of our country. She and the students with her, of course perished.

This was a 3 year old on the plane. The names below are her parents and sibling that also died.

The cement wall gets higher as the age of the deceased gets greater.

Then...after all this reflection, we went on a lunch cruise on the Potamac.

John had the DCC from Yorktown come out to join us!

It was a nice, casual afternoon chatting with the DCC and his wife on the Potamac.

Mahalo to Geico military #Geicomilitary for taking us around and for all the wonderful opportunities like this lunch cruise to enjoy.

We went to the symphony tonight and had a Thai dinner.

We had a special treat-we heard symphony No. 3 by Camille Saint-Saëns, which had an organ solo! I talked with the organist and he said it was the first symphony written with an organ solo.

And our seats were directly below him!

Additionally, from our angle of seating, we could see the conductor-Gianandrea Noseda. He was quite lively and fun to watch his expressions and movements.

We tried hard to capture a decent photo tonight.

A lovely evening. I love hearing art in my ears. We have a Creator whose image we were designed after. Isn’t it amazing that we have ears to listen to magnificent symphonies of melodious music composed with multiple instruments?

Mahalo to Geico for this trip and providing us with so much generosity. #Geicomilitary

And tomorrow, we have 14 years of Team Cochrane!

We had a full day free to celebrate our anniversary! Happy 14 to my handsome and generous hubby.

Walking to find bikes to ride for the day. They also have \240the same concept as Biki Bikes on Oahu.

DC \240has scooters as well that run on a battery and were quite annoying. People leave them in all kinds of places. As you just scan a QR code on each to ride it and they are about 15 cents a mile. Bikes aren’t allowed in the National Mall, but for some reason people thought smaller wheels meant they could ride around people and discard scooters anywhere they please inside the parks.

Vietnam Memorial with Washington Memorial in background. They store all the coins and other items in \240a warehouse after being tagged. Somebody open a museum to place them on display.

There was a barrier around the monument. So we weren’t able to go inside due to repairs.

Each branch had its emblem at the entrance.

It was hard to get a good angle of the beautiful eagles holding ribbon in their beaks.

It’s hard not to swallow back tears at the thought of lost lives in one war.

The underside of the eagles.

180 degrees of the area. I haven’t been here since I was 13. It was amazing to be back and re-experience everything.

Looking out from the Lincoln Memorial.

We rented bikes for the day and there were several docks in the area where we could lock them and recheck them out whenever. (Lincoln Memorial in the background.)

Cruising on our bikes.

We took a break to watch Endgame in 3D and have dinner on the waterfront in Georgetown.

Riding back to view DC at dark.

Marine One as the sun is setting over the Potomac.

CG Helo over The Jefferson Memorial at dusk.

We loved reading all the quotes on the walls.

“Out of the mountain of despair, a stone of hope.” A design by a Chinese artist that depicts him hewn from what seemsto be \240an unmmoveable mountain of rock.

FDR Memorial. We tried walking around, but this area was quite dark.

After coming back to The Lincoln Memorial, we made our way back to Rosslyn to crash for the night.

Our final day of events in DC...

Photo op with the Geico gecko and G

Geico bought this wreath in honor of all military who have lost their lives.

The army presenting the wreath. He had to move the previous one and laid it in the other side of The Tomb.

All 6 recipients of the Geico military award were able to march down to present the wreath!

A description of the army attire special for this job. They train for up to 8 months! And it shows. They are sharp.

Outside the USS Maine mast.

I remember watching this shuttle crash on a tv at school.

Walking through Arlington and found a wreath from Millilani HS!

This was a USCG member and the same rate as John.

The only CG Memorial. It is in an area called, “Coast Guard Hlll” within Arlington.

Lunch at The Epic Chophouse.

Then to the Pentagon. There were no photos allowed inside or out, except in this small area.

There was a small indoor 9/11 memorial.

The highest civilian award, given to those who lost their lives during the crash.

And now the reason why we were here in DC...

All the recipients-one from each branch for various works in prevention of fire, drug and traffic.

Master Chief of the Coast Guard was the keynote speaker.

Photo op with the Geico gecko and Geico CEO.

30 years ago, this man had a vision to create this award. 💙

All done! An amazing night!

My aunt and uncle were here but I didn’t take any photos on my phone!

John’s award and coins given to him.

The sun is rising and we are headed home to Hawai’i.

Mahalo nui loa, Geico and Geico military team for a phenomenal week! You took great care in honoring all military by what you did and continue to do!