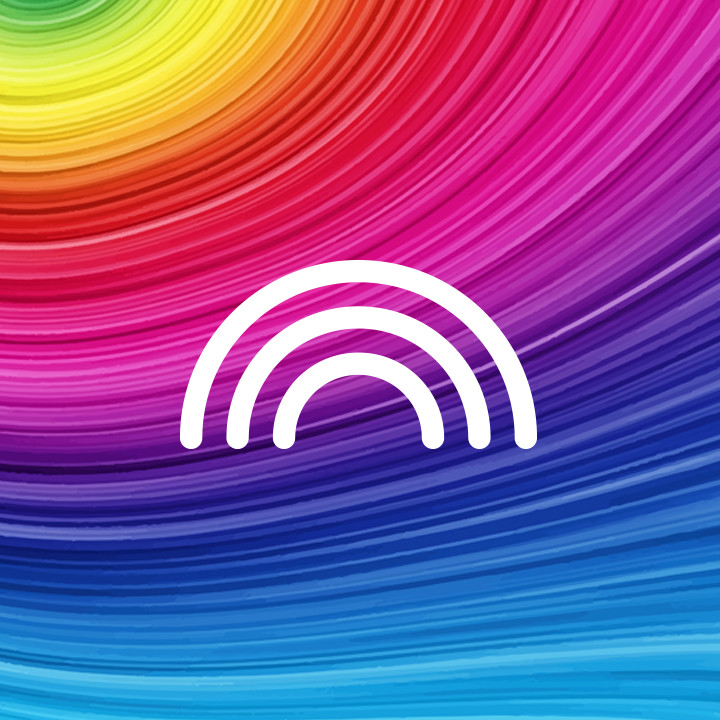 June is officially recognized as LGBT Pride Month since 2012 in the United States (thank you 🙏 , Obama).

Celebrations and demonstrations happen around the world at this time…

But why June, you may be asking? Time for a quick history lesson titled The Stonewall Riots.

Widely considered the most important event leading to the gay liberation movement. The Stonewall Riots happened the morning of June 28th, 1969, in New York City.

At the time, there weren’t many places that welcomed the gay (LGBT) community. One of the few that did was the Stonewall Inn – a tavern in the Greenwich Village neighborhood of Lower Manhattan: 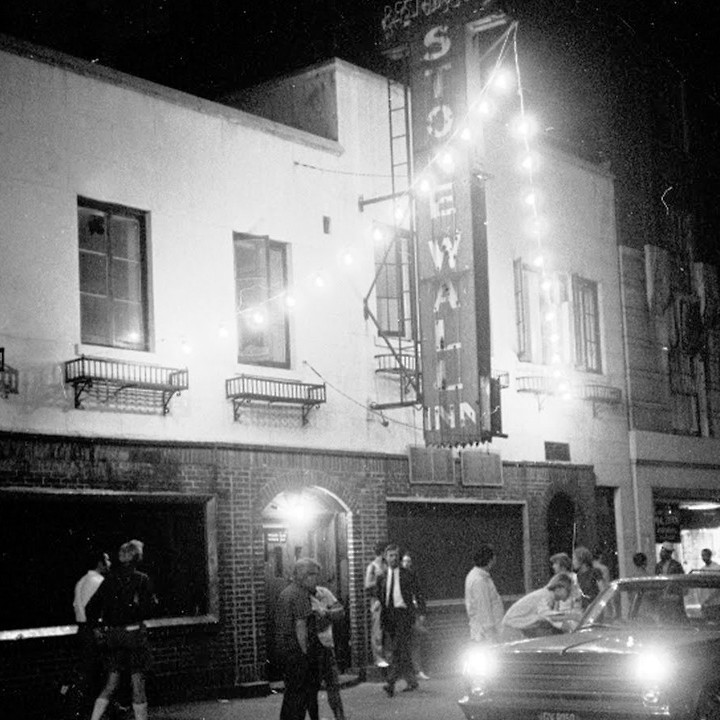 But on the morning of that day in June, a police raid went down but it did not go as planned and became a breaking point for the community facing an anti-gay legal system.

A crowd was forming and growing larger as the police arrested the patrons. One woman, who repeatedly escaped, was hit with a baton. She then provoked the crowd to fight when she looked at the bystanders and shouted ‘Why don’t you guys do something?”

At that point, the spark had been lit and violence broke out. A spontaneous revolt began against the oppression that they had put up with for far too long, and lasted for 6 days.

The riots were a turning point…

Gay rights activist organizations were formed, publications were founded promoting rights for gays and lesbians, and the movement spread across the U.S. and the world.

On June 28, 1970, the first gay pride marches took place commemorating the anniversary of the riots.

We want to see that map covered in pink, and a small way you can help is to join a celebration near you (or, even bigger, start one if there isn’t one yet)…

Oh, and besides supporting Pride month, you’ll have some of the funnest times of your life!

The following is a round-up of the 8 biggest Pride celebrations happening around the world this June Pride month: 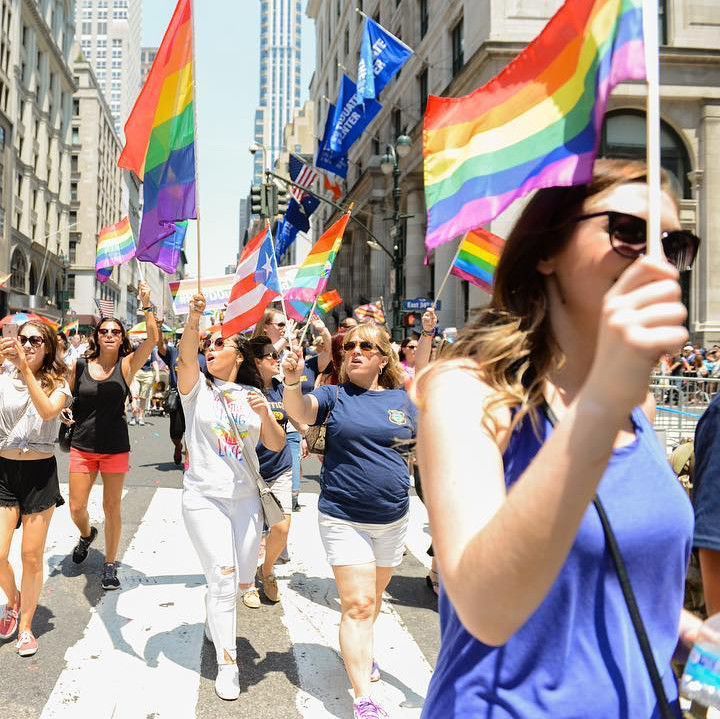 It’s where it all began. New York City Pride Week dedicates 7 days to an array of events: from live music on Pride Island, to OutCinema that screen LGBTQ on film, to the free Youth Pride event especially for teens, and so much more. The march turn out is one of the biggest civil rights demonstrations in the world. 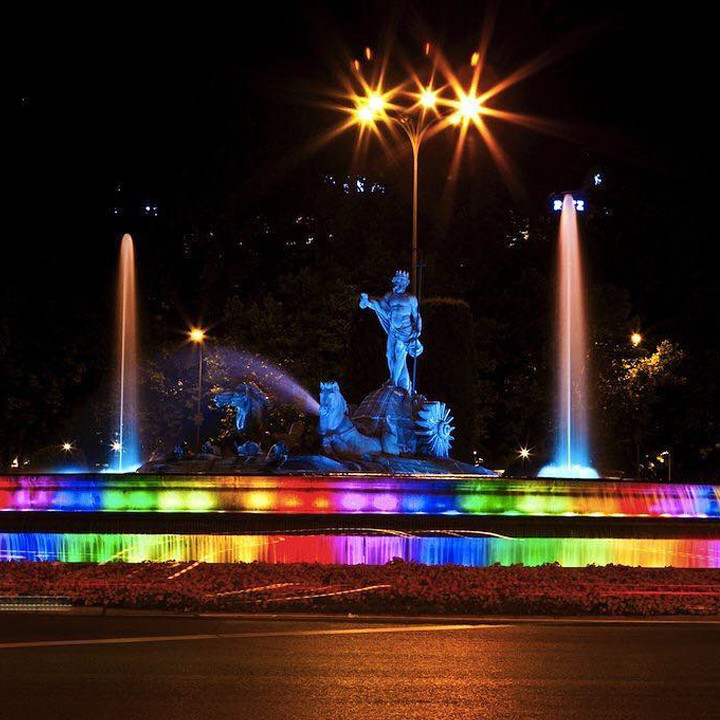 The Madrid Gay Pride, also called “Madrid Orgullo,” is the largest gay parade in Spain and the biggest parade in Europe with thousands of visitors. 2021 marks the 44th anniversary.

Whoever you love, Madrid loves you. This slogan will welcome crowds with open air concerts, parties, art, culture, and sport… all hosted in the vibrant Chueca neighborhood. 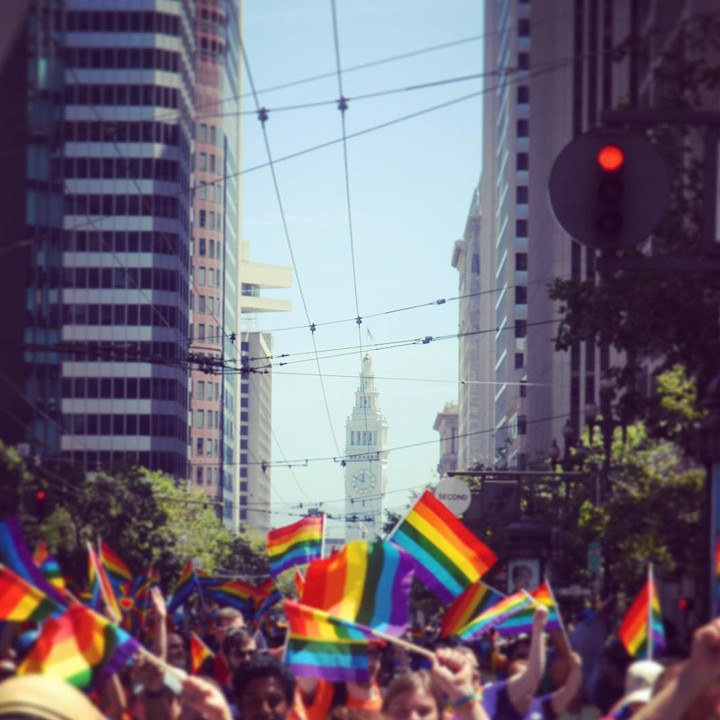 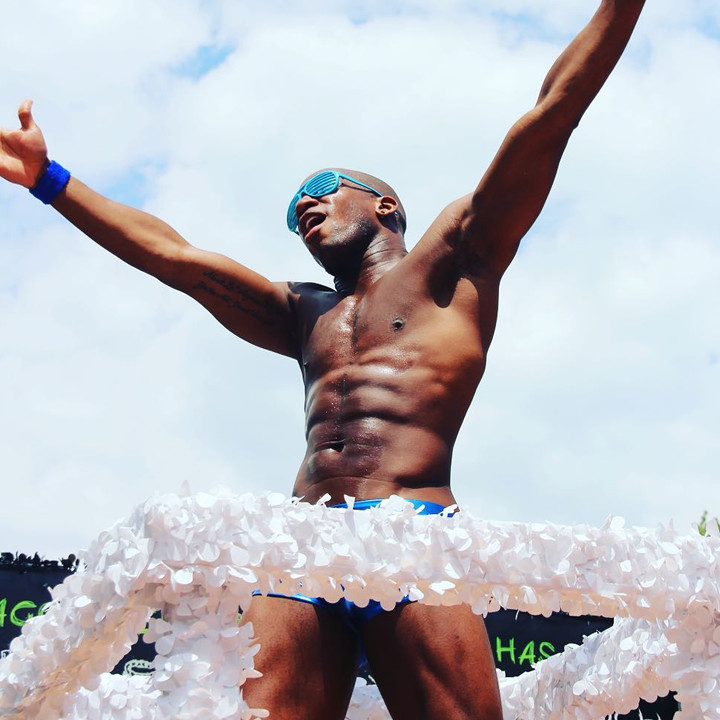 Gay Pride events take place throughout the month of June, usually culminating in the Chicago Pride Parade on the last Sunday in June. In a ONE TIME change of dates, the 51st Annual Pride Parade steps off at Noon on Sunday, October 3, 2021. The 51st annual Chicago Pride weekend will take place along the famed Halsted strip. 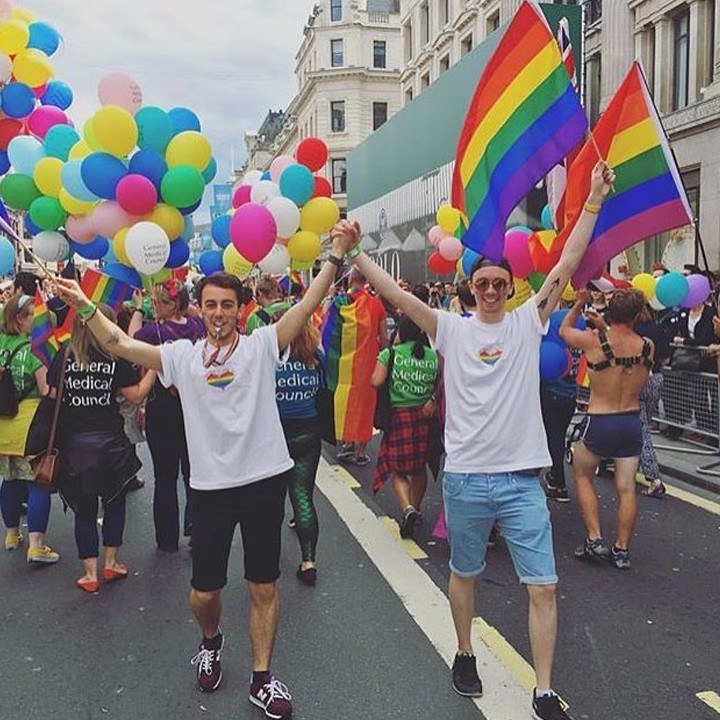 Where: London, United Kingdom
When: Due to Covid event postponed until September 11, 2021

Normlly, if you find yourself in London at the end of June, be prepared to be overwhelmed with fun events surrounding Pride month. Queer British Art, LGBT+ Self-defense Classes, Out for Sport: LFBT+ bowling is just a few to check out leading up to the Parade Day extravaganza. For 2021, the festivities have been postponed until September 11, 2021. 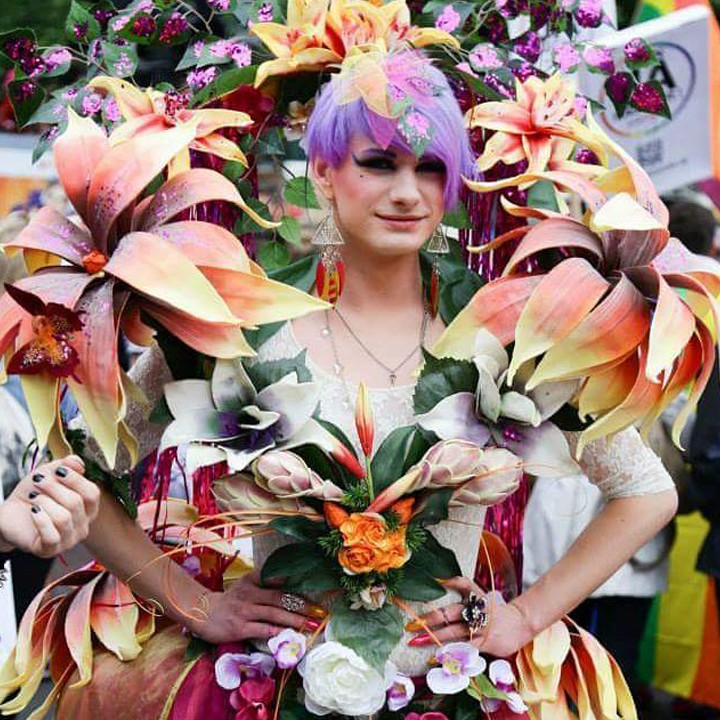 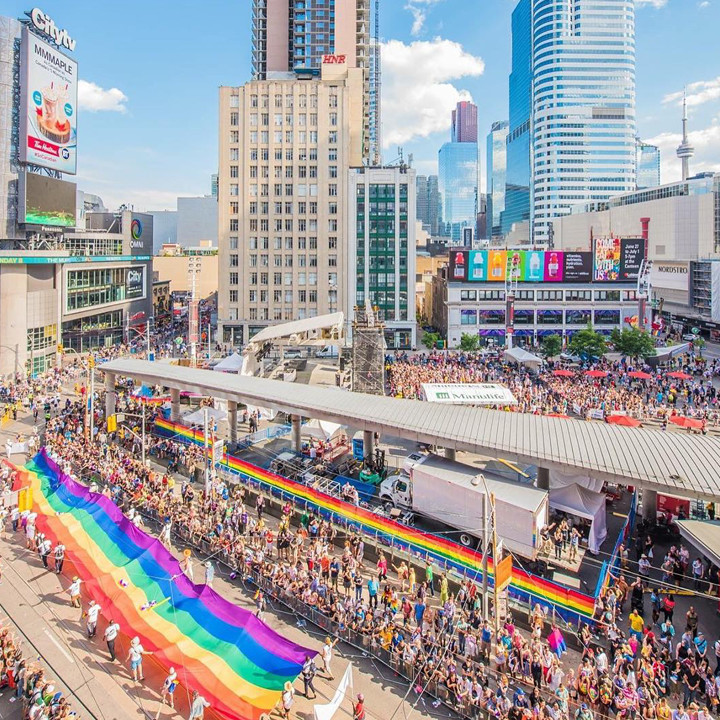 Pride Toronto has events going on all month but the weekends of the 19th and the 26th are the official festival weekends. Expect costumes, choreography, and color! It is one of the largest displays in North America. 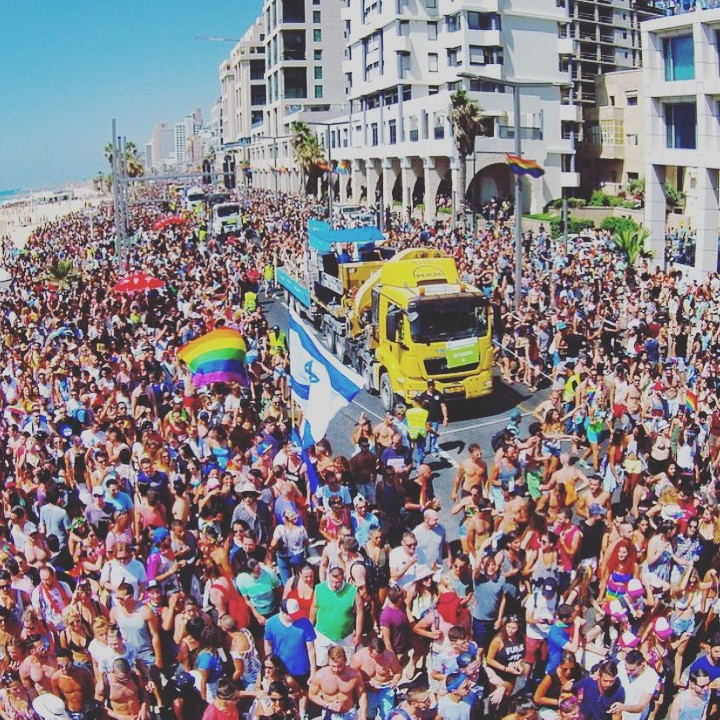 Around 200,000 people took to the streets to celebrate LGBTQ pride in Tel Aviv’s annual Gay Pride Parade, the biggest event of its kind in the Middle East. This year’s theme was “Bisexuality”.

Have you been to any of these marches or planning to this June? How was it? Tell us in the comments below!

PrevPreviousSweden Sure Knows How To Throw A Summer Solstice Party!
NextNimbu Pani Is The Best Non-Alcoholic Summer DrinkNext
Advertiser Disclosure