Is RFID Blocking Necessary? Why A Credit Card Holder Might Save Your Skin. 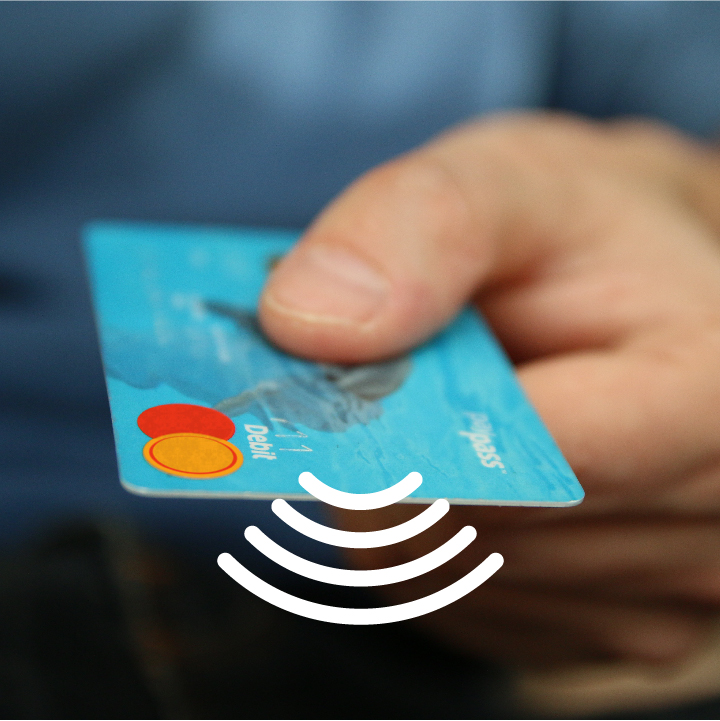 Here’s the first thing to know: not every credit card and bank card needs a blocker. Read on for an easy way to find out whether RFID blocking is necessary for your cards to keep your financials and identity safe…

But first a short history lesson on how all this works:

What is RFID technology?

Radio Frequency IDentification is a ubiquitous technology that allows almost any object to be wirelessly identified. While you’ve probably heard of the term RFID you may not know that the method RFID-equipped objects use to transmit data from one another is accomplished via radio waves.

The origins of RFID technology can be traced back to the 1920s. Scientists at that time had observed the relationship between electricity and magnetism and had utilized this relationship in establishing the foundation of radio broadcasting. Building upon this early knowledge allowed for further research culminating in the development of RFID; which combined radio broadcast technology with that of radar.

The first real world application of RFID technology was within the military. In the 1930s Allied Forces used RFID technology to differentiate friendly aircraft from those of the enemy aircraft. 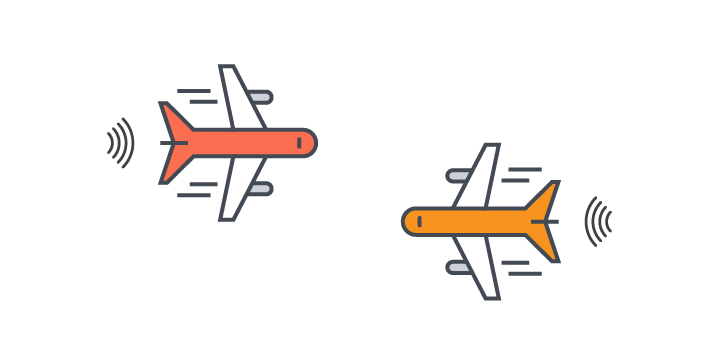 After the war, between the 1940s through to the1980s, RFID technology went through a time of R&D where it was refined and its potential for peacetime application in markets outside of the military was realized.

By 1990, RFID technology was already being used around the world by many different industries with incredibly diverse applications ranging from its use in cargo transportation systems to the tracking of live animals. Even today new applications for RFID technology are still popping up daily and it is likely you don’t even notice how many times in a week you interact with devices equipped with RFID technology.

The tech is embedded within an incredibly diverse range of everyday products such as access cards, key fobs to enter buildings, movie kiosks, wristbands at festivals, and interactive children’s toys to name a few. 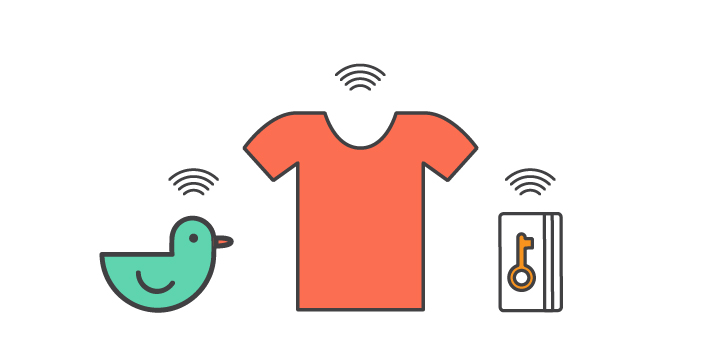 An RFID-enabled object serves the same purpose as a bar code or a magnetic strip on the back of a credit card or ATM card; it provides a unique identifier for that object. And, just as a bar code or magnetic strip must be scanned to get the information, the RFID device must be scanned to retrieve the identifying information which is stored within the RFID-enabled object.

The reader decodes the data encoded in the tag’s integrated circuit (silicon chip) and the data is passed to the database for processing: 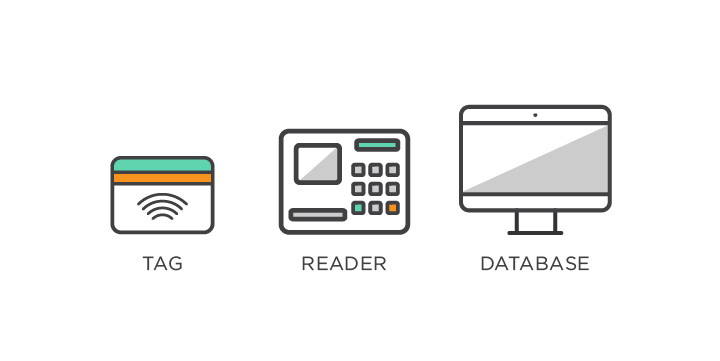 Why are RFID blockers recommended for travelers?

There are so many exciting parts of traveling – from exposing yourself to new cultures, meeting new people to getting some sun during those all too long winter months. But it’s a fact that travel can also at times be scary so it’s important to try and mitigate these avoidable potential dangers which you may face.

It’s a good rule to be as proactive as you can be and to keep anything of value as safe as possible. Although skimming is rare, it does happen and as criminals become more tech savvy it’s likely to happen more often… so it’s better to be safe than sorry.

RFID blocking sleeves are a simple safeguard that you can use to help protect your money and your identity. You already have enough to worry about, don’t let this add to it.

Plus, you might think you fit right in with the locals but the truth of the matter is that most thieves can spot a tourist from a mile away… and that’s before you even open your mouth. 😂

How to know if you need a RFID-Blocking Passport Wallet

Many governments of the world are currently updating paper-only documents to include RFID memory chips. This makes them harder to forge and allows customs and border officers to access information quickly to help move us through those long airport customs lines a little bit faster.

Some historical facts of the ePassport aka Biometric Passport:
• 1998: Malaysia becomes the first country to issue an ePassport though not ICAO-compliant (International Civil Aviation Organization)
• 2003: ICAO adopts chip embedded passport
• 2004: Belgium launches the first ICAO-compliant ePassport
• 2006: The United States begins issuing ePassports
• 2009: 57% of all passports issued around the world this year are ePassports (about 60 million).
• 2013: Some 100 countries around the world are issuing ePassports. Nearly 400 million ePassports are in circulation worldwide.

They’re durable and reusable and the data is encrypted but along with these advantages come the risk of identity theft. Passports that need a RFID-Blocking sleeve will have this symbol: 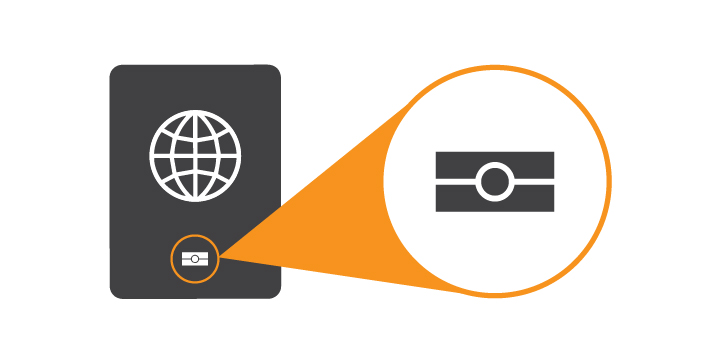 How to know if you need RFID-Blocking Credit Card Holders

As I mentioned, not ALL bank and credit cards have RFID chips. To find out if yours does, simply look at the card to tell if it is embedded with a RFID technology or not. If you see the marked symbol on the image below, it is supporting RFID. Also, if the card says PayPass, payWave or blink, it is also RFID capable. 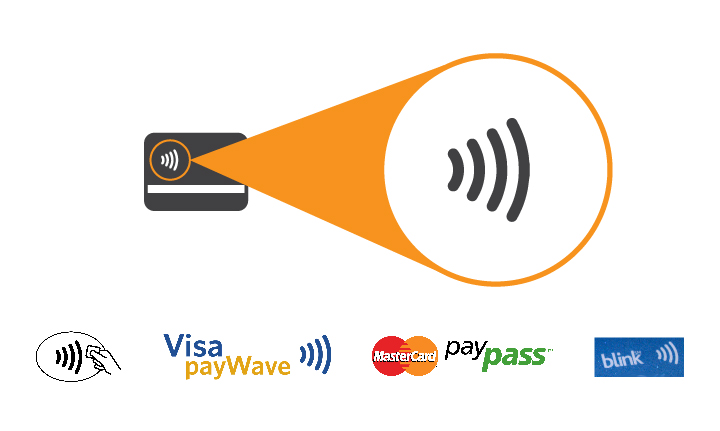 Where to find the best RFID Blocking Sleeves

If you’re lucky you may be able to find ATM card and credit card sleeves with the ability to block RFID directly at your bank. However, even if this is the case, the sleeves provided by banks are often flimsy and not very durable. If your bank is not able to supply you with ATM and credit card sleeves that can protect your cards, durable and high-quality sleeves can be purchased from online retailers such as on Amazon or elsewhere.

Since we love to travel as much as you do, we want to give you one less thing to worry about by helping to keep your identity and money safe. To help you out with that we’re giving away RFID blocking sleeves for free, for a limited time – you just pay the shipping. Click here to check that out. 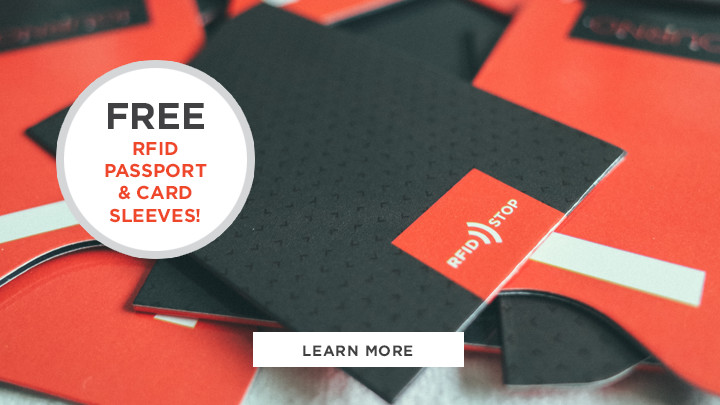