What Is The Blarney Stone? 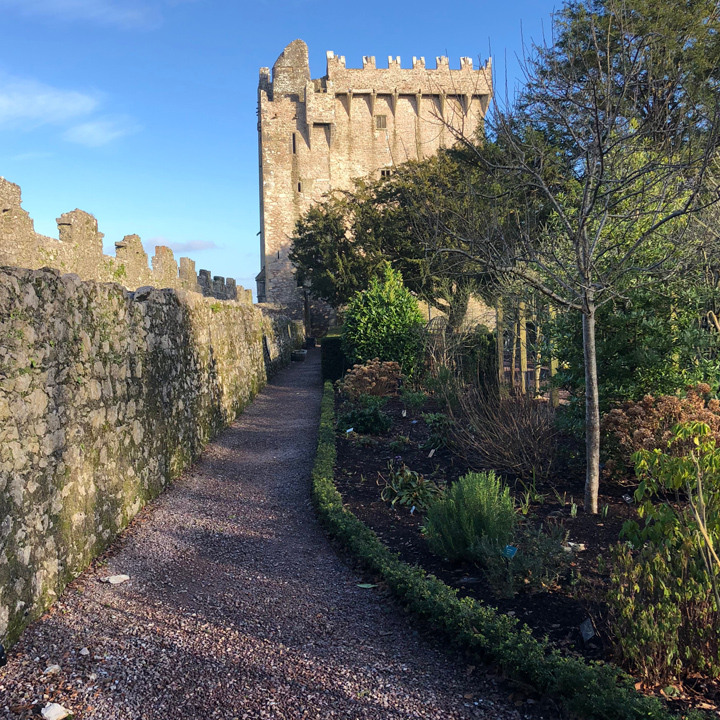 If you’ve planned to visit Ireland, you probably think of visiting the Guinness Storehouse, the Cliffs of Moher, and St. Patrick’s Cathedral. These are all fantastic sights to see and experiences to have, but nothing comes close to the magic and beauty behind the Blarney Stone.

But what exactly IS the Blarney Stone?

The Blarney Castle, as we know and love it today, was built by Cormac MacCarthy in 1446. The story behind the Blarney Stone is still up for debate. Blarney Castle says it could have been Jacob’s Pillow, brought to Ireland by the prophet Jeremiah. This is where it became the ‘Fatal Stone’ and used as an oracular throne of Irish kings. From Ireland, it was removed and brought to Scotland, to be the Stone of Destiny.

The King of Munster, Cormac MacCarthy, sent five thousand men to help defeat the English in 1314, the stone was split in half and half of it was sent to Blarney Castle. 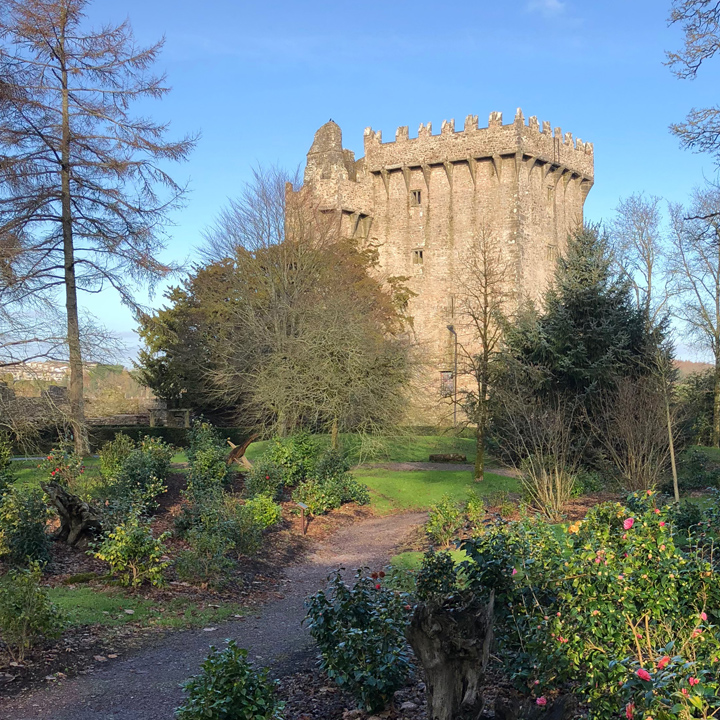 Other stories say that the stone was brought to Ireland after the Crusades. Some say it was the stone that Moses split in two! Ireland and the keepers of the Blarney Castle grounds believe that a witch who almost drowned revealed to the King’s family how powerful the stone is.

From Lady Chatterton’s Rambles in Ireland, written in 1838:

“There is a stone there,
That whoever kisses,
Oh! He never misses
To grow eloquent.” 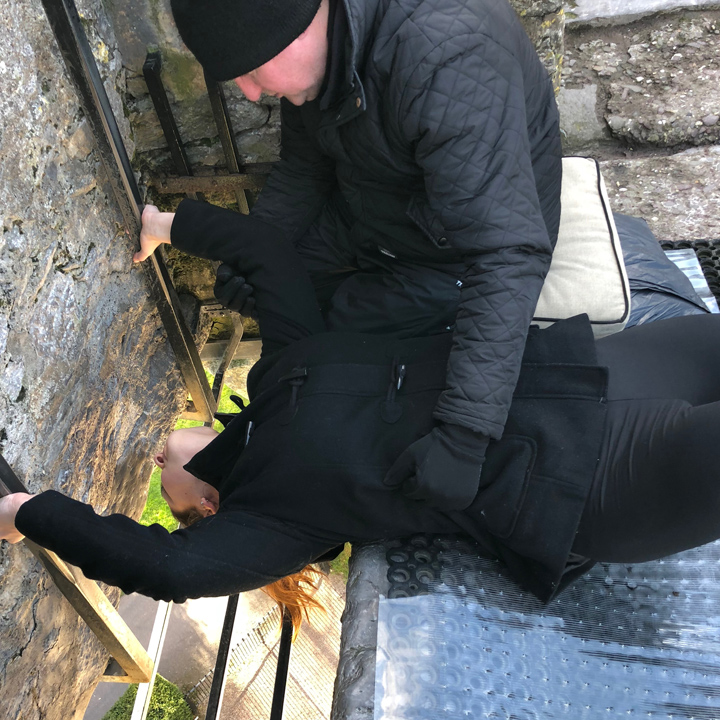 For about 200 years now, people from across the world have flocked to Blarney Castle to kiss the stone.

If you kiss the stone, you are bestowed with the gift of eloquence. When you reach the top of Blarney Castle, you will be asked if you want to kiss the stone. Once you make your way to it, you will lay down on your back – completely upside down! Kissing the stone is completely safe and you are supported by the Blarney Castle workers, but it can be a nerve-wracking experience. Just keep thinking of the magic and eloquence you will leave with.

Aside from visiting the Blarney Stone in all its glory, Blarney Castle is a sight to take in itself, as well as the many gardens and trails that are available for you to explore. As you walk up to the castle, you are greeted by gardens and a river running through, with plenty of benches and spots to sit and take it all in.

The greenery in Ireland is greener than you can imagine. 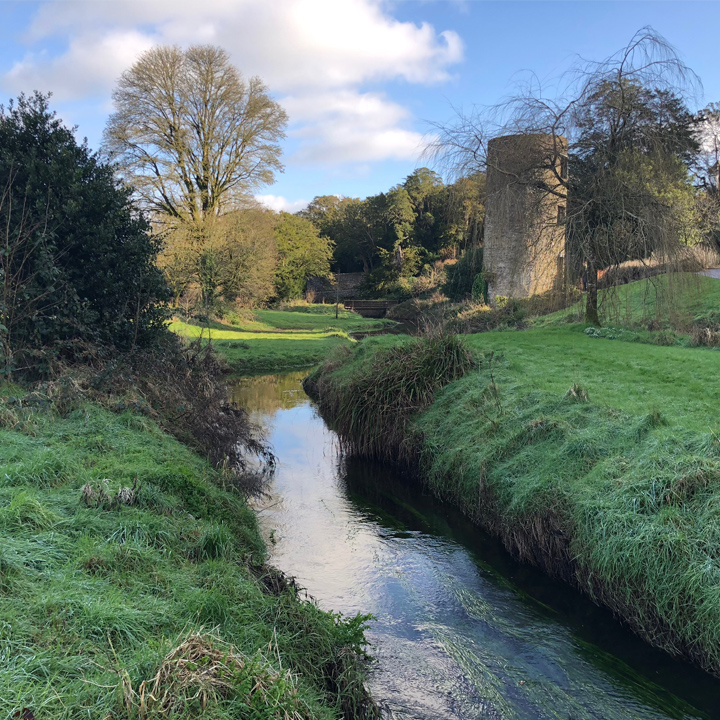 It stays that way all year round because of the climate in Ireland. The climate is affected by the tides and currents in the Atlantic Ocean that bring rain over the land to water the crops and keep everything so green. It’s something you certainly won’t miss when you visit the Emerald Isle.

At the front of the Castle, you can choose to walk through the old entrance and climb up a part of it, but the conditions are rough, space is tight, and there is not much room to move. If you walk to the right a bit, you can enter a cave that is kept open for visitors to enter as well.

Once you get to the entrance of the castle, you can walk and read about each piece of the castle, including the bedrooms and the murder hole, where people were trapped and killed if necessary. Blarney Stone is at the very top.

The Poisonous Garden is a favorite, it’s filled with poisonous plants and their uses. 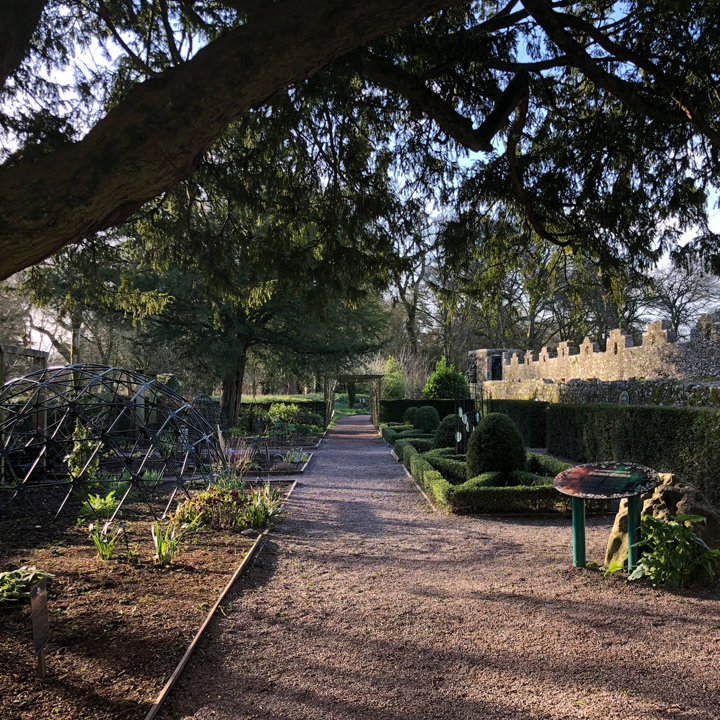 Although these plants can be very dangerous and harmful, there are many other uses for these plants in our lives like medicinal uses. These gardens near castles were called “physic gardens,” and these were common in medieval Europe. A few examples include Tobacco and Cannabis.

The Wishing Steps are located in the Rock Close, and this is yet another magical part of the Blarney Castle experience. Through a hidden case of stone stairs, legend has it that if you can walk up and down the steps with your eyes closed while thinking only of a wish, then that wish will come true.

Now that you know all about the magic behind the Blarney Stone and castle, will you visit? What other magical legends have you followed across the globe? Leave us a comment below!