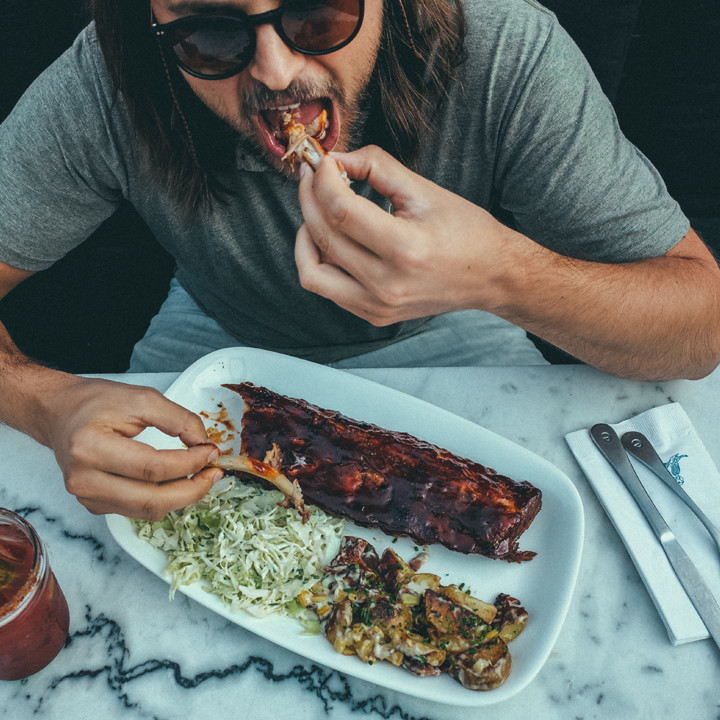 But it’s something Ann and I were “chewing” the fat over one day and decided it may be interesting and, hopefully, helpful to you, our amazing Journo community.

So here we go…

I was raised in an upper-middle class home. I didn’t want for anything, never had to worry about much, and had the greatest parents on earth (still do!).

With that comfort, though, my parents made sure we knew what hard work meant, what a dollar is really worth (thank the Good Lord).

So I refereed hockey and babysat in my early teens. Then, when I was legally old enough (15), I got my first job at Little Caesars Pizza. One job turned into three pretty quickly as my need for skateboard gear increased, and so my bank roll had to follow suit.

I worked hard to be able to pay for things I wanted. And damn I became a busy dude…

And since I was always out of the house, I ate take-out probably 80% of the time (a good portion of that would have been my Little Caesars hookup…

Which I still miss because I’m a pizza FIEND 🍕😍).

Needless to say, I never had much left over in the bank account.

Hang with me, I’m getting to the point…

We used to consistently hit up this one restaurant in Winnipeg. It was a good mix: decent priced food, beers available for the older guys in the crew, and never a shortage of some pretty ladies around. 😊

And I distinctly remember, for quite some time, having to order the cheapest thing on the menu (although this place has the best ribs in the city)… with a glass of water (with lemon if I felt fancy), and PRAY 🙏 I had enough in my bank account to cover it! Eke! 🙈

This is all before you could check your balance within two seconds on your phone.

Instead, it was a stressful Mental Math Olympics trying to calculate the cost of those skate shoes I just bought and figure out if I had enough. I went for it anyways (I can do dishes with the best of ’em) and 99% of the time pulled it off with a few cents to spare (bubblegum anyone? I’m buying!).

Sitting at that very restaurant, looking through the menu, I repeatedly found myself dreaming:

“I’d have MADE IT in life if I could buy the ribs and not have to worry about the money.”

Yes, pizza’s my death row meal, but with a side of ribs. Fall off the bone, juicy, bbq ribs are my #2 favourite food ever.

If only I could afford ribs anytime, I thought, that would be SUCCESS.

And I thought this for years.

Well, thanks to a sh*t-ton of hard work, I can now afford the ribs. 🤤 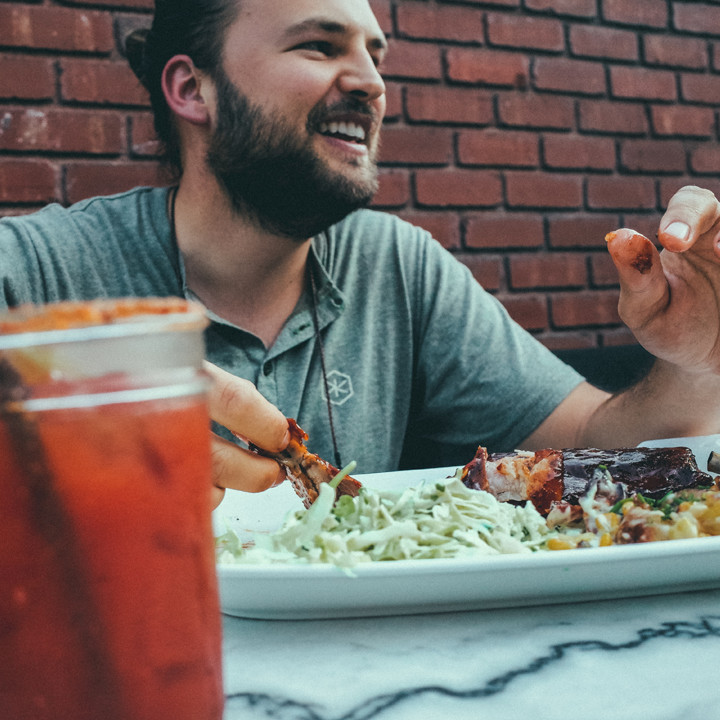 But here’s the thing…

Watch Yourself Or You’ll Adapt

Have you ever heard of Hedonic Adaptation? It’s a psychological phenomenon that, basically, says we adapt to our new happiness, thus returning to our old level of happiness.

For example: you shed a few pounds and now fit your goal clothing size 8. Soon enough, you find yourself thinking that you’d like to fit a size 6 instead and are no longer happy with your new body.

Or: you turn into a bit of a coffee snob and now can’t enjoy a hot cup at the local diner.

“One of the enemies of happiness is adaptation.” -Dr. Gilovich

It can be a total killjoy in all sorts of ways: from the things you buy, to the food you eat; from things you experience to how much money you make.

I used to think I would be ON TOP OF THE WORLD if I could afford the ribs when I wanted. Pretty much exactly like this:

But now that I can afford a rack, it can become easy to think that what I have is not enough… to adapt to my Rib Money level of success and think,

But since happiness is the goal, this concerns me. Like Dr. Gilovich stated above, adaption is an enemy of happiness.

So I’ve put a lot of thought into this and “coined” 😜  it Rib Money. 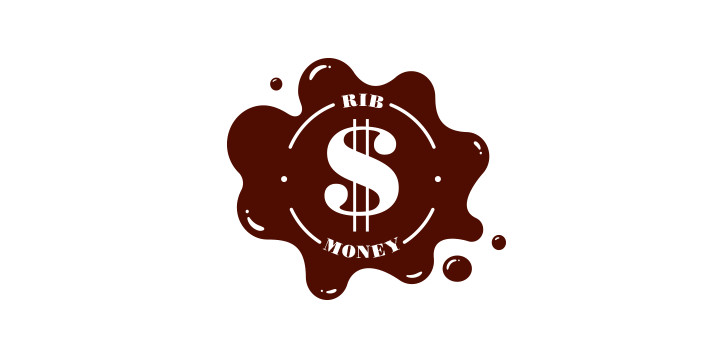 Again, now that I have Rib Money, it’s far too easy to adapt and strive to level up. But with that more, more, more attitude I’d forever be chasing the dollar, eventually aiming for F*ck You Money (ie. you’re so rich you can tell anyone to f*ck off).

No, it’s ALL about being happy with Rib Money, no matter how far I progress financially. If I was so certain in my mid-teens about Rib Money being complete success, why shouldn’t I forever be happy with it?

While maintaining healthy ambition, I need to fight Hedonic Adaption. 👊 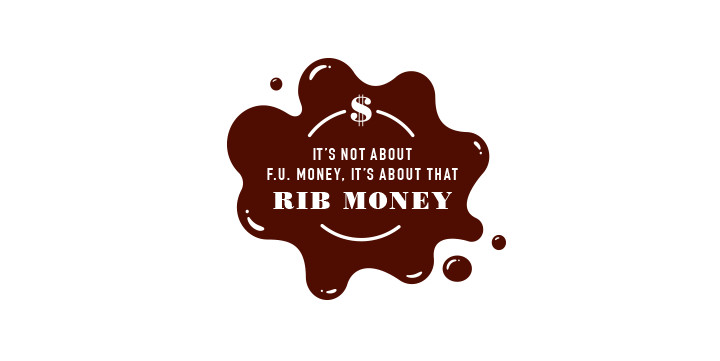 So Here’s The Big Question:

When you were younger, what was the one thing you wanted to buy that if you could, you knew you’d nailed life? Have you bought it or can you buy it when you want?

If so, have you found that it’s not sustained your happiness and that you’re now on to what’s next (ie. more, more more)?

Tell us what your Rib Money is below… it’ll help us all remember that the best things in life are often the things we already have access to.